To continue with our learning around perseverance and overcoming anxieties, we have spent week 9 creating some fairly impressive artworks. Following on from movie making, it was apparent that The Boys needed more scaffolding around conquering their fears and anxieties during challenging tasks.

The artwork was presented to The Boys as a complex task that would take time and effort. They would make mistakes and all would be fine. They would be asked to try again and to make improvements. We role played scenarios and appropriate responses. We discussed how different challenging moments made us feel and how we could help each other to do our best.

We began by pencil sketching the planets and rockets. We discussed how paint works and that detail was not necessary in our pictures - this didn't stop the boys drawing all sorts of intricate pieces.
Colours were added step by step allowing decent drying time.

Mistakes were covered with white paint, allowed to dry and redone. On two occasions the boys chose to paint out complete objects and did so happily, knowing that they were improving on their work, not making their task more difficult.

In contrast to movie making, no one gave up and no one struggled with the challenges they faced.
I think that this was due to 3 things.


We finished by sharing our work on our blogs and the hard copy will be mounted on the corridor wall outside our class.

To share on our blogs we attempted another challenging creative task - rather than simply posting a photo of our painting I took a photo of each boy with his artwork against a blue background. We then learnt how to use the Alpha key in Keynote to remove the background. The boys were then able to insert a larger version of their own picture as the background.

Because we had to use the classroom iMacs to utilise Keynote, the use of our class shared Google Drive folder was needed so that the boys could access their photos and re-share their completed work to access on their Chromebook to blog.

So, overall a HUGE improvement in emotional responses to complex challenges and as a result, some awesome pieces of art that we are all proud of.

Like most things with the lads excitement was high for the first 4.9seconds. Once hard work became apparent, the first wave gave up - interestingly these were the year 3 boys. The remaining 6 continued on for two afternoons. They battled old iMacs that were slowly giving up the ghost as well as partners who were less than helpful. By the fourth and final afternoon the stayers were down to 4.

I set up the rest of the boys on some very independent activities around looking at and sharing blog posts, this gave me the time needed to focus on the four who were determined to finish their creations. With a little one on one attention, three were highly successful and learnt many new movie making skills. More importantly, they persevered when the challenge was HUGE and the rest of the class dropped like flies around them. 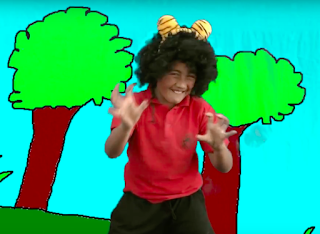 I've blogged before about how most children innately know what makes a movie entertaining and strive to achieve to the best of their skill capability. They ask questions and refine their work to keep at it. Funnily enough the boys were different.

After the first hour, it was very clear as to which boys were finding the challenge well above their perceived capabilities and were not at all interested in trying, learning or taking risks. Rather than heighten the obvious anxieties, these boys were charged with creating the musical soundtracks in Garageband on their iPads. They could be independent, contributing and successful. 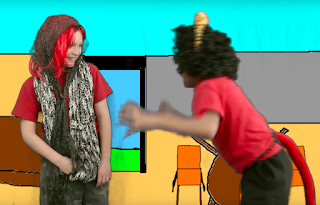 The boys left for the final afternoon suffered through terrible technical difficulty with slowly dying technology - one boys even restarted his iMac 3 times to be able to continue his work. These final four definitely needed the 1:1 attention to keep working and keep trying. They wanted to be finished and nearly enough was going to be good enough. They required constant reflection and discussion to keep working at their movie. One of the boys found the final tweaks all too much and gave up on his movie. No amount of cajoling or encouragement could get him smiling and back in action. 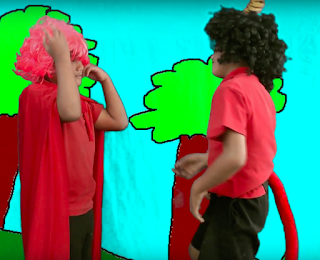 Like with most tasks in class, academic, artistic, sporting or creative, the anxiety that is ever present in the young men came to the forefront.

Their anxiety prevents the boys from taking risks or confidently trying new things.

Like with other tasks, there was a lack of striving for excellence - OK is good enough. Finishing fast  is more important than finishing well.

I wrongly assumed that the story of Little Red Riding Hood was well known. In hindsight, I should have provided, not just storyboards, but a script as well.

The movies have minor (and some more major) flaws, but for the most part the movies are complete and tell the story.

I am super proud of the three who completed, and in actual fact I am very proud of the boys who articulated their anxiety and found their place being more comfortable making music or supporting a friend. 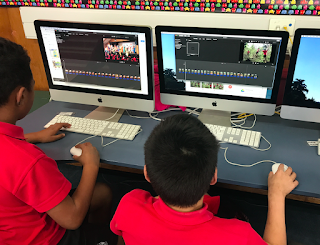 Week 7 Term 3 and I felt ready to tackle movie making with DaBoyz. We had been playing in the bush during the morning and I had a good collection of photos. Also, being Tongan Language Week, we had had a performance that morning in assembly and I also had lots of footage of the boys performing. With this footage and the experiences fresh in mind, it was time to get into actual, for real movie making.

With 6 iMacs in class and only 12 boys it was easy to have them work in pairs.

The boys were to download the folder of images from our Site, find them in the downloads folder of the iMac and then drag them into the new iMovie project. 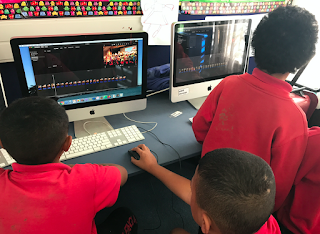 Once the clips and photos were on the timeline I taught the boys how to shuffle the clips around to put them in the best order for their movie.
Next, we learnt how to use the Ken Burns effect on still images and how to trim the ends of moving clips.
Finally, we learnt how to download and drag in a song with a fade at the end.
The boys then taught themselves how to add a title - with varying versions of success.

I made sure to export the movies and then upload them to our shared Media folder. The boys were then able to use their Chromebook to embed their finished movie on their blog.

All completed in one hour after lunch.

A lesson likes this requires the sharing processes to be in place and the teacher to be well organised with the skills they are wanting the children to learn in the session. 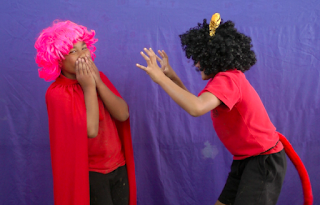 Our next step we took today - filming our own version of Little Red Riding Hood against a blue screen in class, recording voiceovers and drawing backgrounds in Hyperstudio.
Again, the footage was uploaded to our shared Google folder.

The skills being learnt in this activity will build on what we learnt last week - trimming clips, muting clips, green/blue screening, detaching audio from a clip and adding voice overs to the correct parts of the story.
Lots to learn but being prepared should make the process fairly simple.

As part of the ongoing emphasis on the emotional well being and care for the boys we're embracing Tongan Language week full force.
With over half the class identifying as Tongan, the boys are relishing in the opportunity to share their language and culture. In particular, one of the boys who struggles with traditional learning and being able to share his thinking, is thriving in leading the other boys with his own knowledge of language and culture.

We're having a lot of fun practising our Tongan, discussing life in Tonga and sharing what we know.
Posted by Miss K at 14:59 No comments: 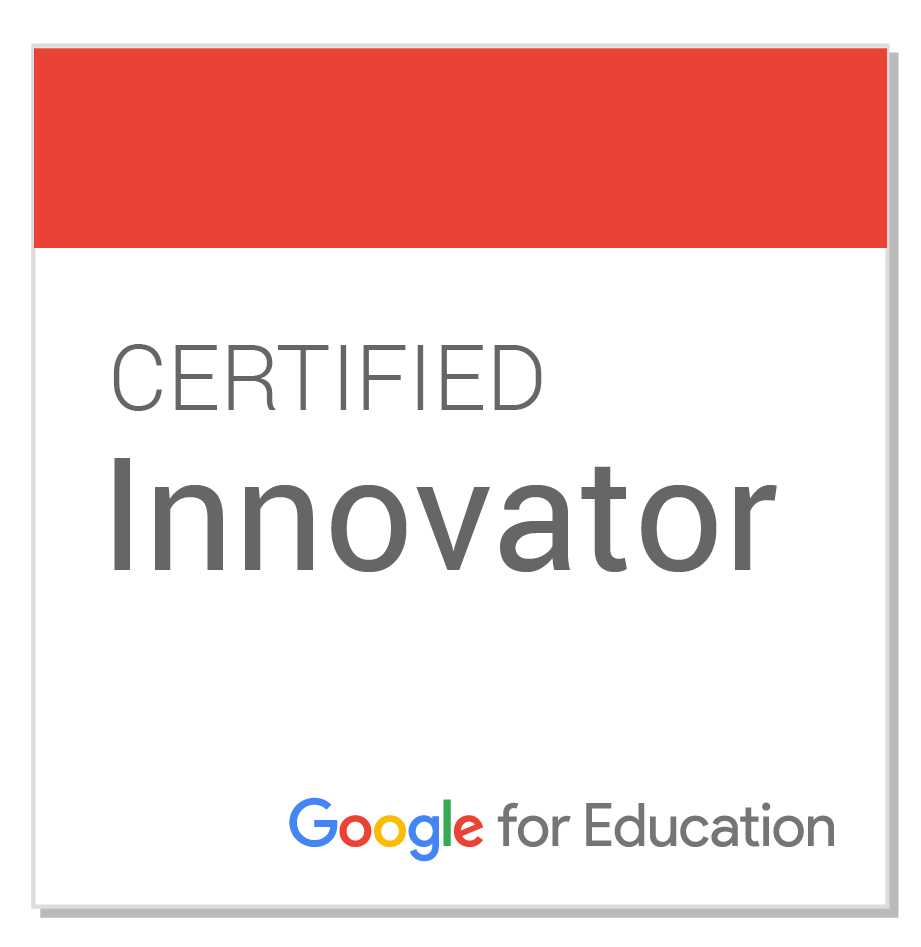